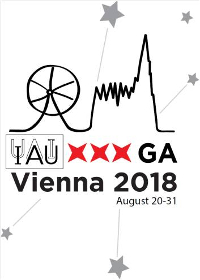 Understanding and modeling of solar-irradiance variability is important not only for solar physics but also for solar-terrestrial and solar-stellar studies. The latest irradiance measurements call into question aspects of currently-available empirical and semi-empirical models of solar-irradiance variability. A new generation of significantly more realistic physics-based irradiance models can now be created to incorporate recent advances in modeling and observing the solar atmosphere. This next generation of irradiance models will include new advances in MHD, surface flux transport, and radiative transfer simulations as well as new state-of-the-art solar data. By relying on physics-based understandings rather than merely empirical relationships established for the Sun, these new models will also allow more direct and physical extrapolations to other stars, opening a new regime for solar-stellar connection studies, as well as improved long-term estimates of historical solar variability.

-  3D magneto-hydrodynamic (MHD) simulations of flows and magnetic fields in the near-surface layers of the Sun and stars have reached a high level of realism, and can now reproduce many sensitive observational tests. These simulations make it possible to replace 1D representations of the solar atmosphere with realistic 3D simulations and also enable assessment of the contributions of granulation to short-term solar irradiance variability.

-  New time-efficient radiative transfer codes and approaches have been developed. These allow calculated emergent spectra from 3D MHD cubes to account for effects from millions of atomic and molecular lines as well as deviations from local thermodynamic equilibrium, giving more accurate estimates of outgoing radiation as a function of position on the solar disk.

-  New atomic and molecular data allow more reliable computation of the opacities in the solar atmosphere. The irradiance variability in the UV, violet, blue, and green spectral domains is fully controlled by millions of the Fraunhofer lines. Recent advances in laboratory astrophysics and in collecting the data (e.g. a major upgrade of the Vienna atomic line database, which now also includes molecular data) make possible significantly more accurate calculations of solar irradiance variability.

-  Surface flux transport models (SFTM) now more realistically simulate the evolution of the large- scale surface magnetic field over solar cycle. This allows reconstructing the evolution of the solar surface magnetic field and irradiance over long timescales, which is crucial to understanding the pre-anthropogenic solar contributions to climate change from which natural sensitivities of climate can best be determined.

-  The magnetic features on the solar surface, which are the main driver of solar irradiance variability, can now be directly studied with high-resolution imagery from recent solar missions such as the Solar Dynamics Observatory (SDO), STEREO, SUNRISE, HINODE, etc. SDO in particular provides frequent space-based magnetograms, which are needed inputs to the newest physics-based solar irradiance models.

The incorporation of the aforementioned solar modeling and measurement improvements into irradiance models will provide more reliable and self-consistent solar irradiance records to the climate community. These physics-based models are also more straightforward to extrapolate to other Sun-like stars and will thus provide a more direct link to and understanding of stellar variability. In particular, models will facilitate distinguishing between typical photometric signatures of intrinsic stellar variations and exoplanet transits. The interest in this topic has been recently raised to a new level by the CoRoT and Kepler space missions, and with anticipation of the upcoming NASA TESS and ESA PLATO missions.  The challenge to incorporate recent advances in solar physics into this next generation of irradiance models requires communication and collaboration between the irradiance community and researchers working in the fields of solar and stellar MHD simulations, radiative transfer, and surface-flux transport. Since IAU General Assemblies are widely attended by all these communities, a Focus Meeting during the 2018 IAU GA is an excellent opportunity to push the models of solar irradiance variability to a next level.