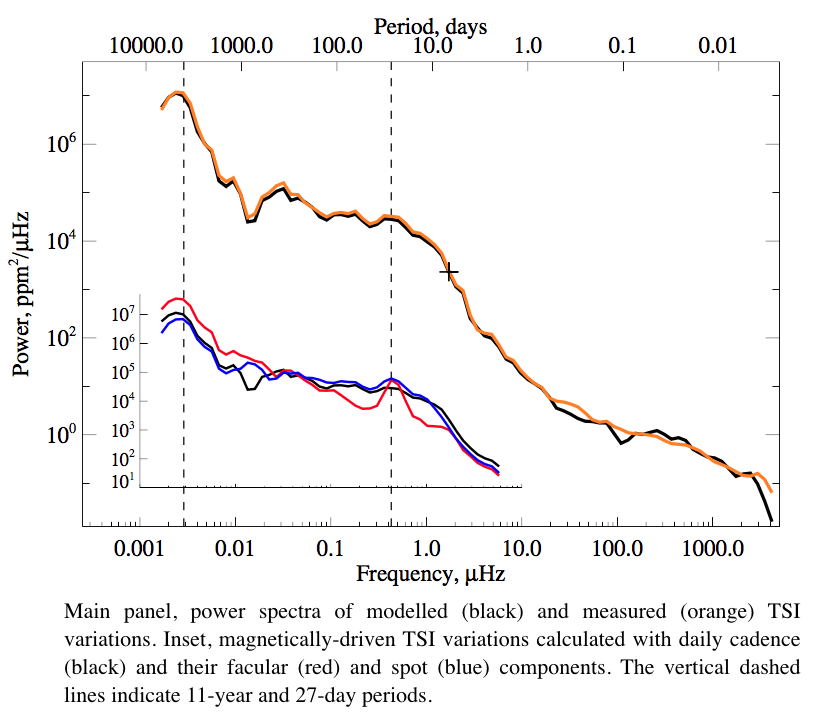 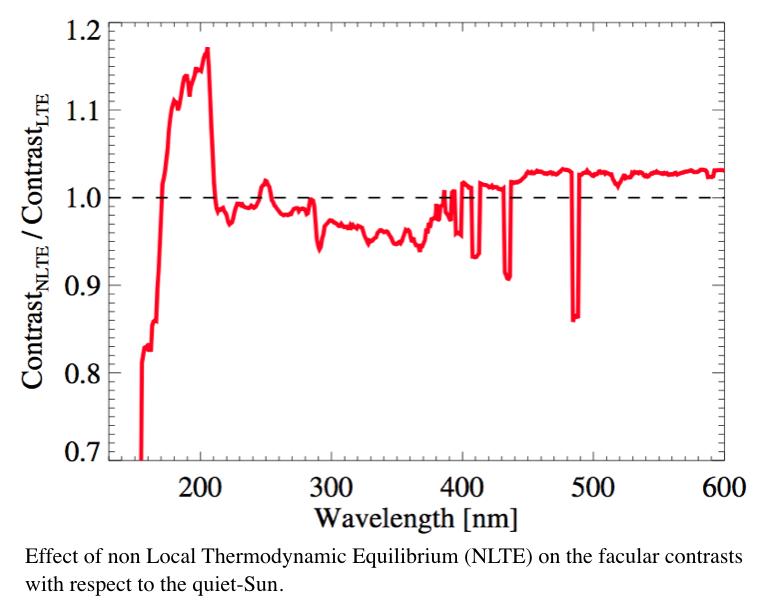 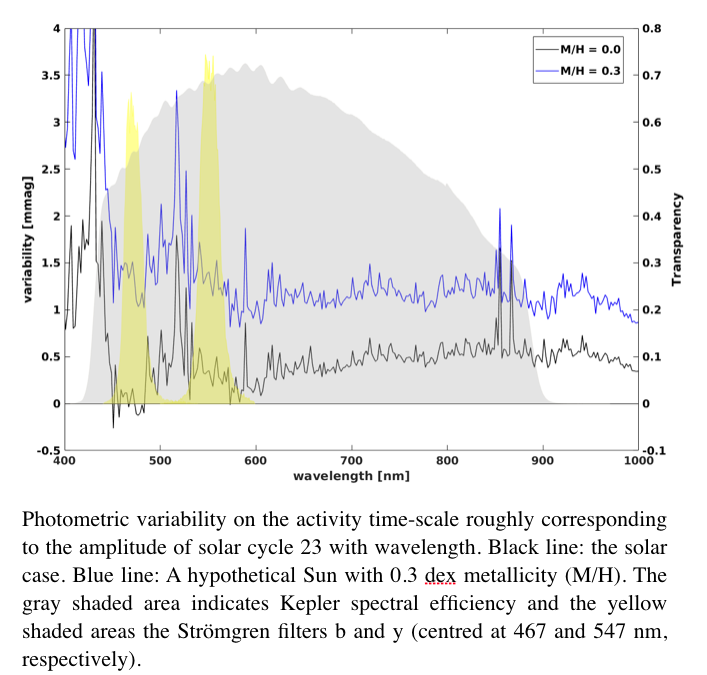 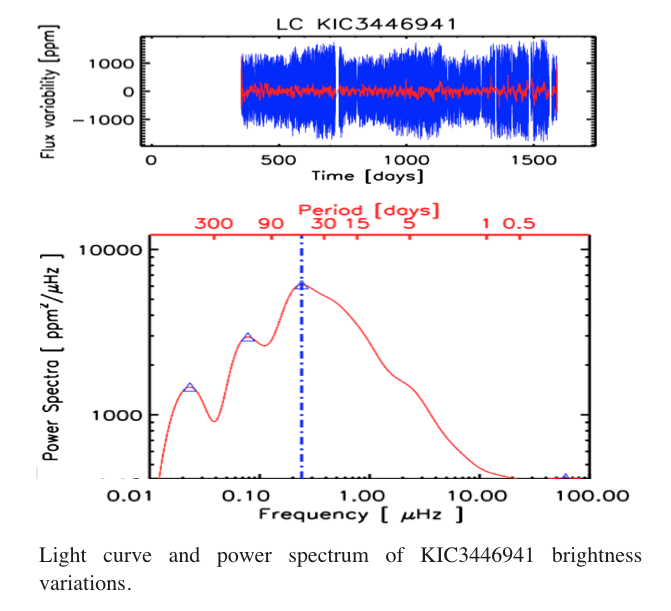 Retrieving Parameters of Stars from Power Spectra of their Brightness Variations 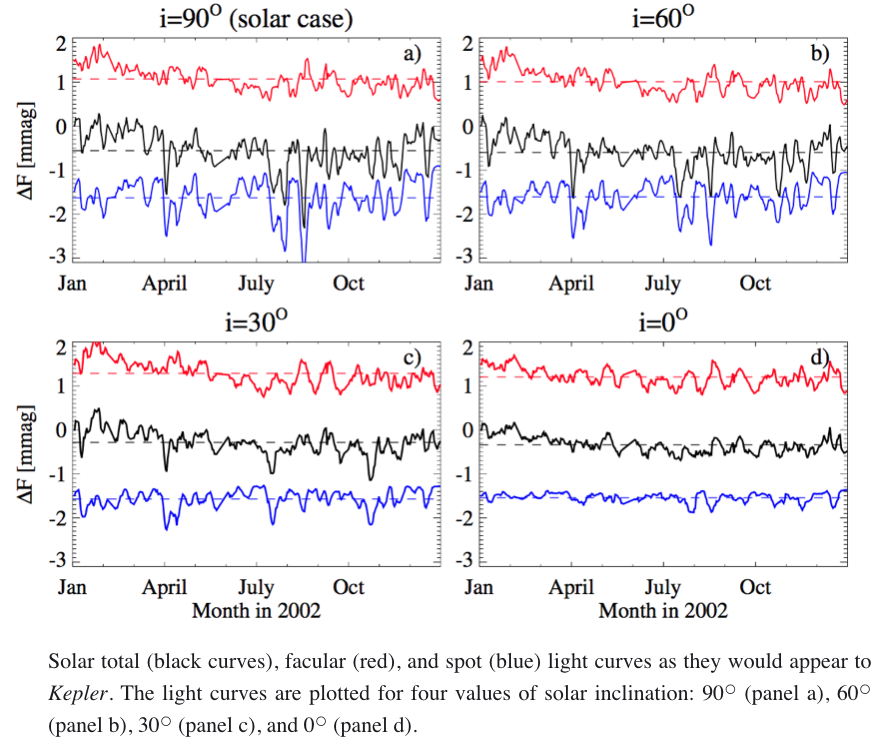 Our goal for the next five years is to employ newest magnetohydrodynamic (MHD) and radiative transfer codes to extend modelling of solar irradiance variability to other stars and to analyze photometric data of Sun-like stars. Below is the description of our current projects.

We utilised high-cadence observations from the Solar Dynamic Observatory and the SATIRE model to calculate the magnetically-driven variations of solar brightness. The brightness variations caused by the constantly evolving cellular granulation pattern on the solar surface were computed with the MURaM code. We found that surface magnetic fields and granulation can together precisely explain solar noise on timescales from minutes to decades, i.e. ranging over more than six orders of magnitude. This accounts for all timescales that have so far been resolved or covered by irradiance measurements. By showing that only two well-characterised mechanisms are needed to explain solar data we put ourselves in the fortunate position of having all the tools to understand and model stellar brightness variations (excluding oscillations, which form a separate topic).

Our model allows us to separately look at the magnetically driven variability associated with spots and faculae. We found that the pronounced 27-day peaks in power spectra of the spot and facular components of solar brightness variability essentially cancelled each other out so that the total power spectrum is almost flat around the 27-day period. This implies that white light observations are not well suited for determining periods of stars similar to the Sun, and explains the poor performance of standard methods of period determination for stars older than the Sun.

We have developed NLTE Spectral SYnthesis code (NESSY), which can be used for modelling the entire (UV-visible-IR and radio) spectra of solar and stellar magnetic features and quiet regions. The Non Local Thermodynamic Equilibrium (NLTE) approach employed in NESSY is a lot more complicated than the commonly used LTE approximation, but it enables one to obtain substantially more realistic results. NESSY is a further development of the COde for Solar Irradiance (COSI), in which we have implemented an accelerated Λ-iteration scheme for co-moving frame line radiation transfer based on a new estimate

of the local approximate Λ-operator. We show that the new version of the code performs substantially faster than the previous one and yields a reliable calculation of the entire solar spectrum. This calculation is in a good agreement with the available observations. In future we plan to use NESSY as one of the building blocks for our calculations of solar and stellar brightness variations.

The temperature and density structure of magnetic features depend on stellar parameters. Furthermore, the facular contrast is strongly affected by the weak atomic and molecular lines and thus depends on the metallicity.

a prominent rotational harmonic. Nevertheless, the rotational periods of these stars can be reliably determined from the profile of the power spectra.

While the Earth-bound observer always have a near-equatorial perspective of the Sun, the same is not true of other stars. To calculate the solar brightness variability as it would be seen from an out-of- ecliptic view-point we projected the apparent coverages of magnetic features obtained from SOHO/MDI and SDO/HMI measurements to out-of-ecliptic viewing.

We found that the facular contribution to solar brightness variations on the rotational timescale increases with decreasing inclination, so that solar brightness variations on this timescale observed by Kepler and CoRoT at i = 30◦ would be, to a large extent, associated with faculae (with the exception of the strongest variations, with amplitude over 0.4–0.5 mmag, which are produced by large sunspot groups). 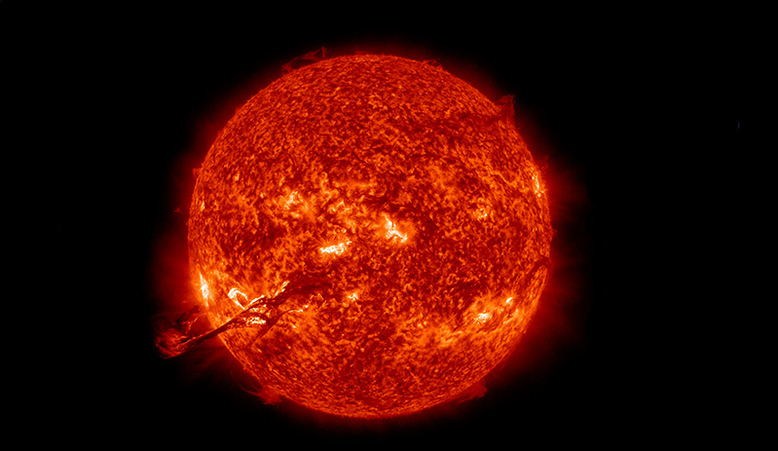 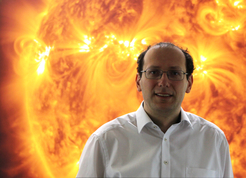